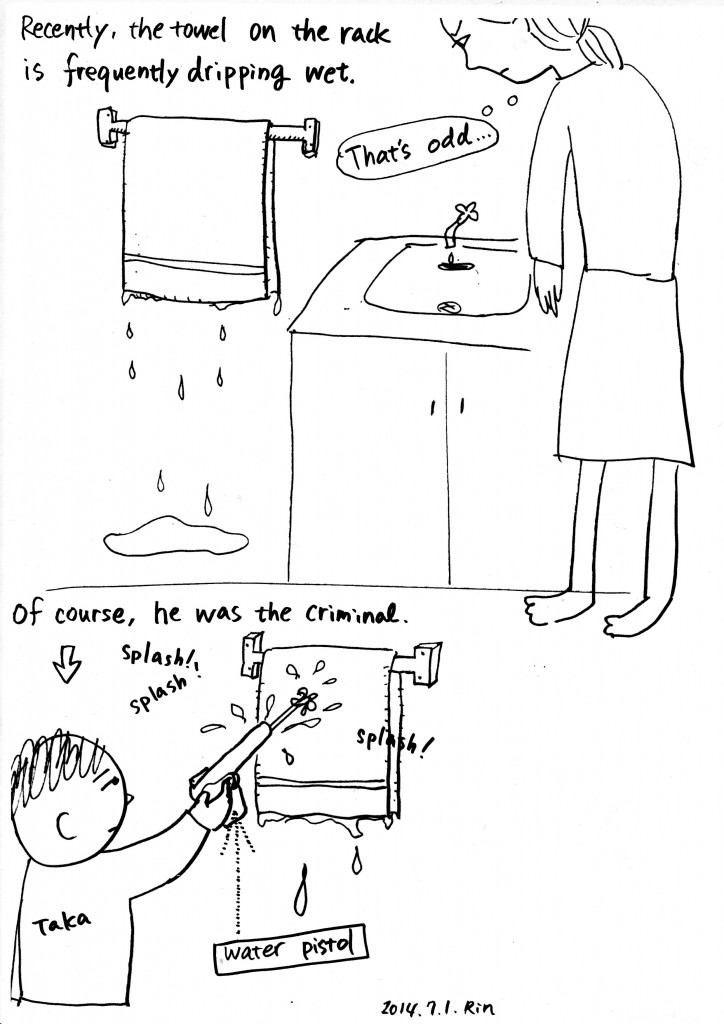 Recently, I’ve often found the towel on the rack is soaking wet when I’ve gone to dry my hands. The first time, I just put the towel into the washing machine. The second time, I put the towel into the washing machine thinking it was a really odd coincidence. The third time, I called Taka and told him, “I’ll give you a smack on the bottom if you don’t tell me the truth”. He confessed that he’d shot it with his water pistol! I was almost sure he’d been the criminal, but didn’t think he’d shot it.