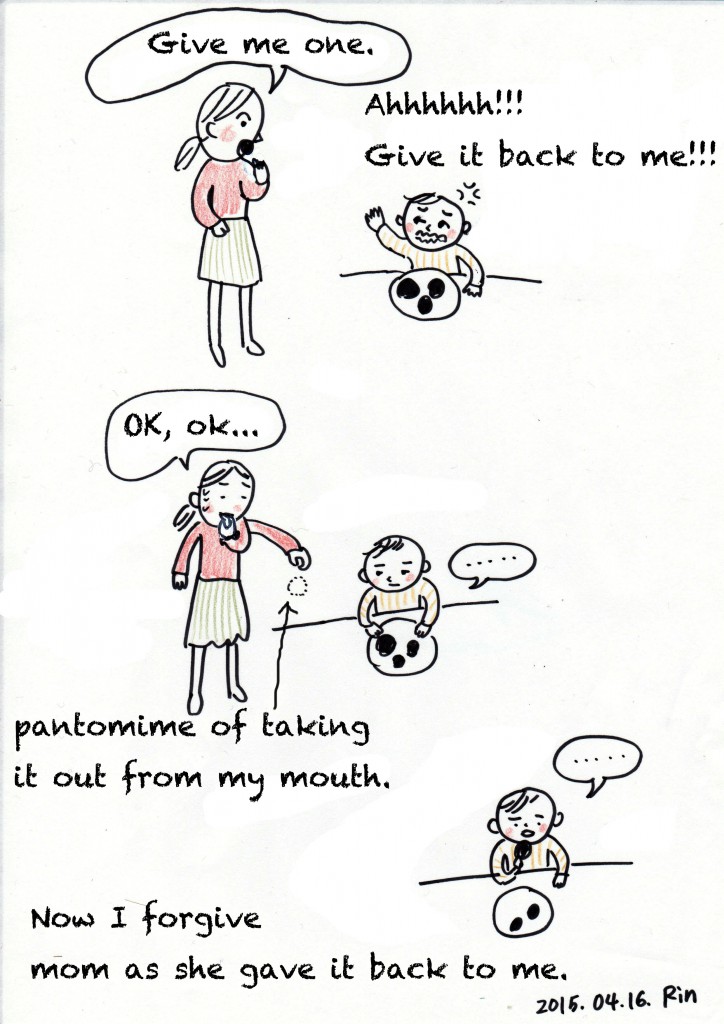 2-years-old Haru acts like a king in our house. But still, he is only a 2-years-boy. 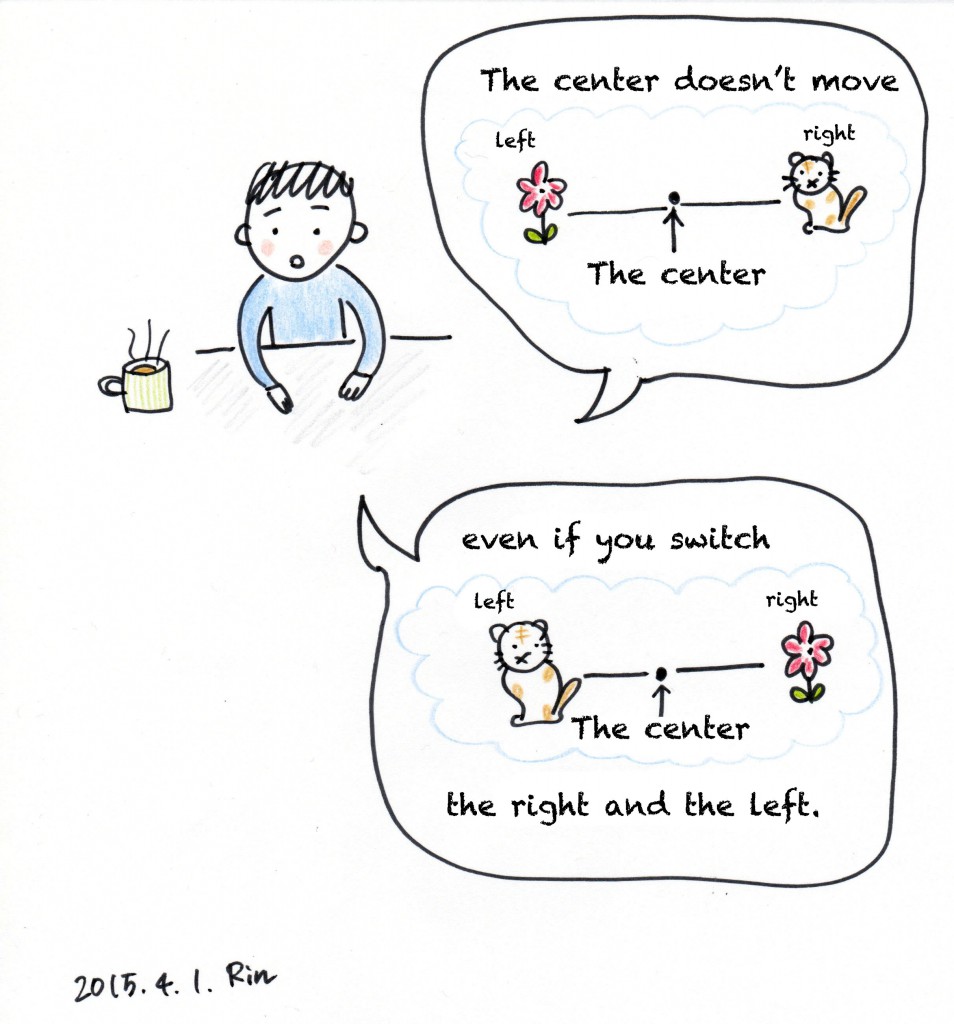 Taka taught me the definition of the center. He says, the center doesn’t move even if the right and the left are switched. I think this definition is not bad. 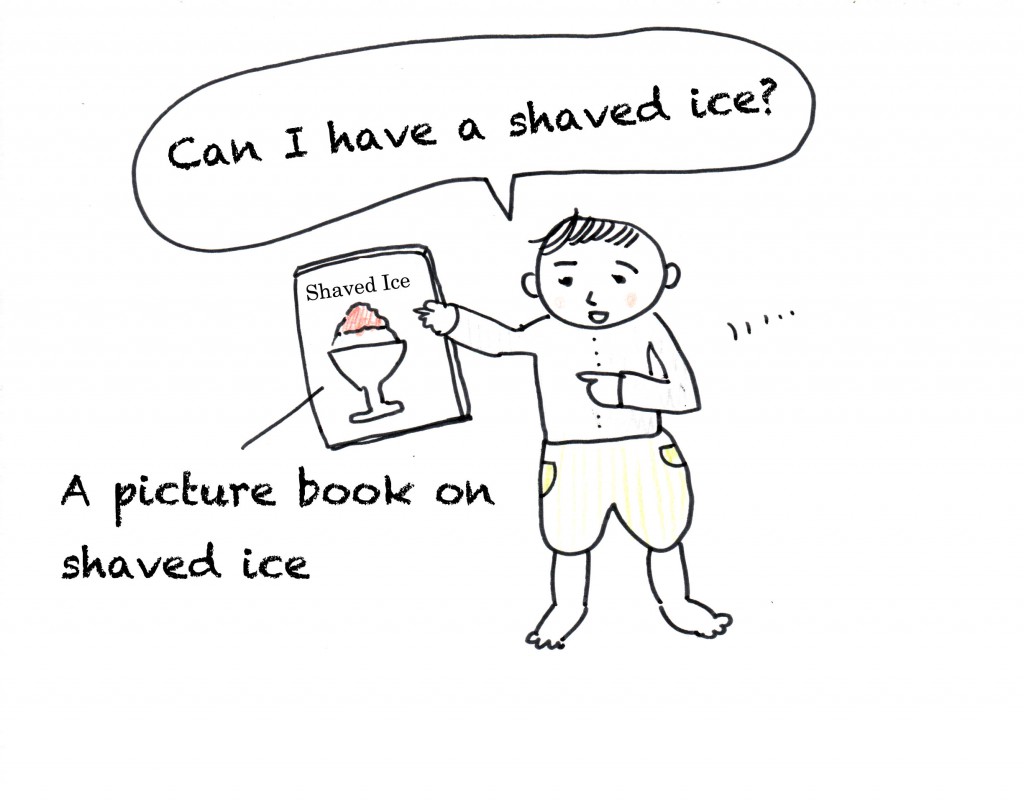 Haru picked up a picture book on shaved ice from a book shelf, and took it to the dining room. He walked directly to his father eating dinner and ordered shaved ice.

He uses a picture book as a menu . 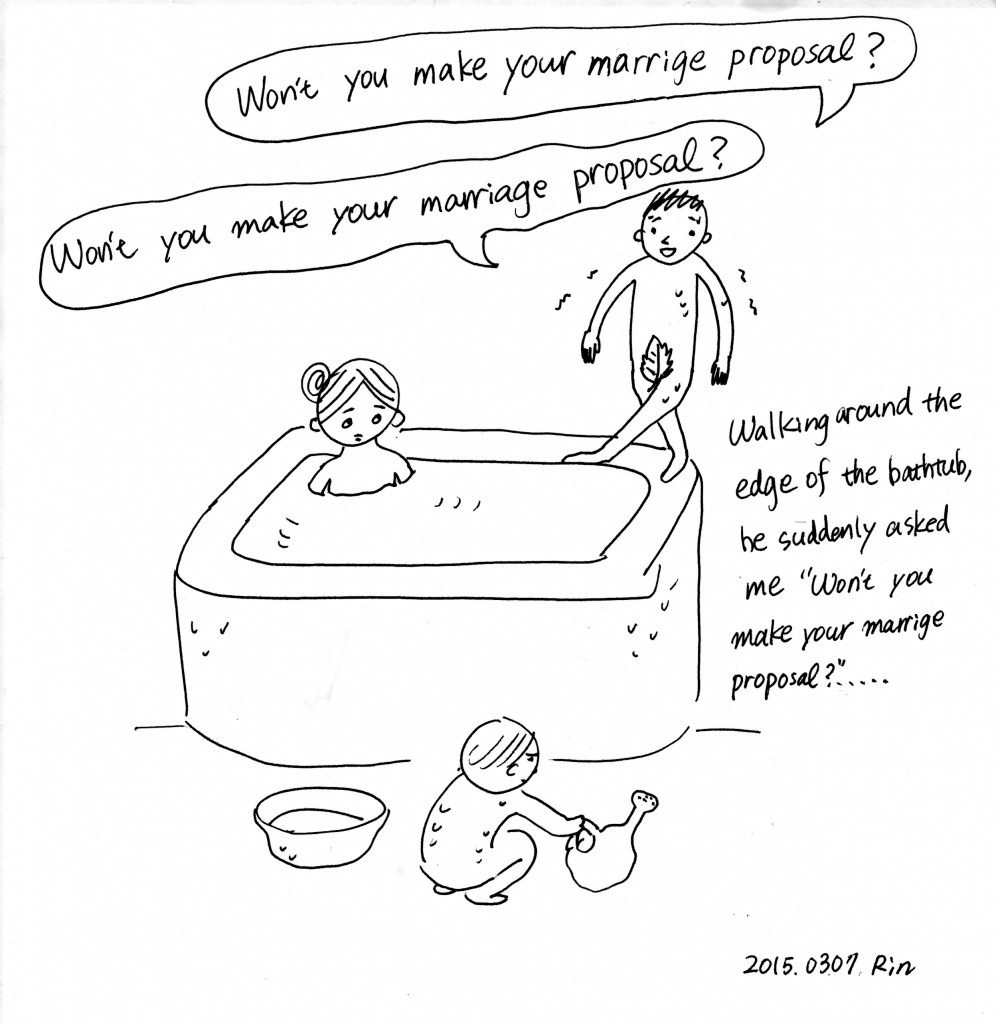 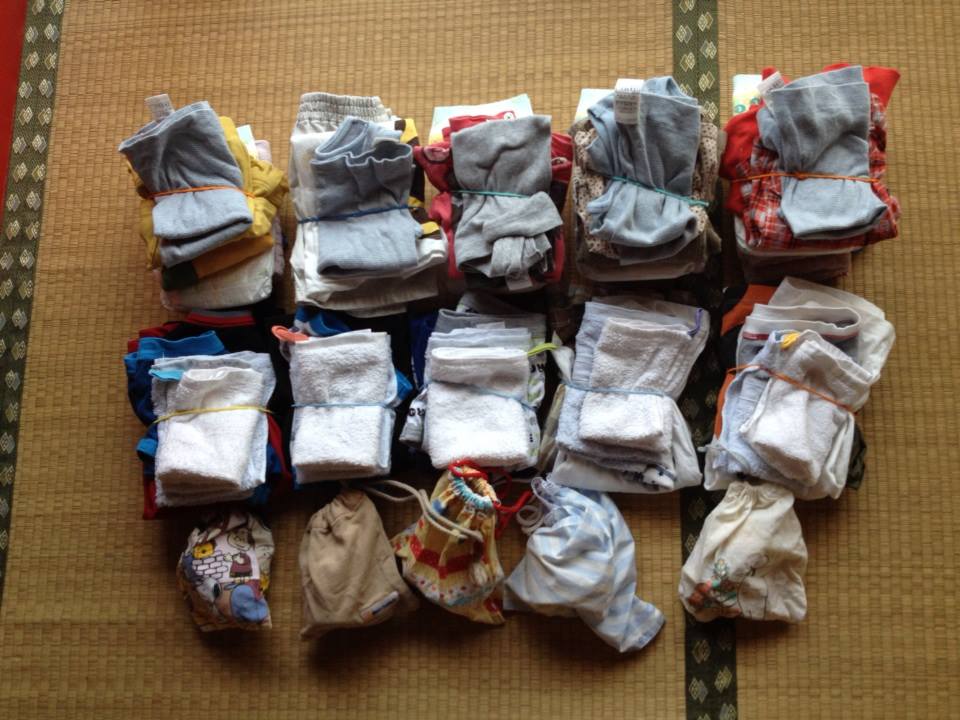 My two boys, Age 5 and Age 2, goes to nursery school every weekday. As of this, I have to prepare nursery school goods for them every single day, and finally I found my beautiful solution!

Preparing every goods at once on the weekend!

First, gather the stuff like T-shirts, pants, towels from closets. Second, make them into five 5 bundles for each kid. At last, wrap them with rubber bands, put cups and toothbrushes into small bags. This will help you a lot on weekday mornings and I’m sure you will appreciate to yourself!!!

After I decided to do this, I bought extra clothes so that I can prepare at once.

Each bundle for Haru contains…

*2 towels to wipe his mouth on lunch and snack time

Each bundles for Taka contains…

I hope this will make your busy morning happier! 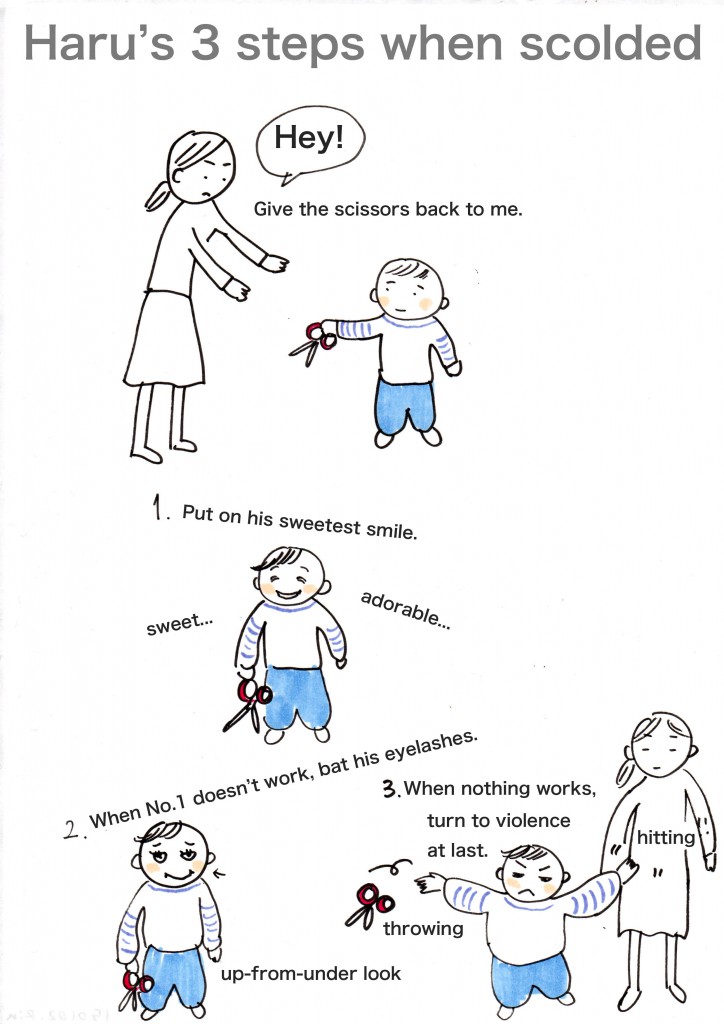 My 2-year-old Haru takes 3 steps when he is scolded by someone.

I hope he would not grow up to be adult without taking on “I’m sorry step” and “regret step”. 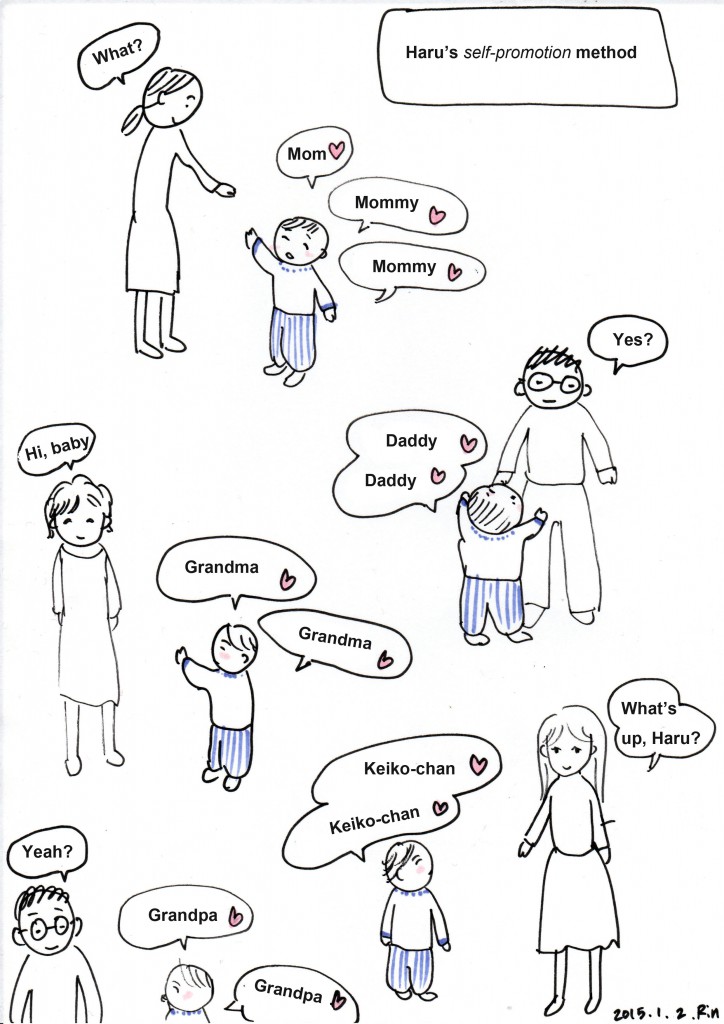 I haven’t updated this blog for about two months but I’m going to update more often this year. Maybe once a week or more…

On this new year’s holidays, I saw Haru, my 2-year-old son,  was promoting himself using a very simple method — calling someone’s name.

I saw this made his grandma smile. As you see, he doesn’t have anything to say. Just calls and calls someone’s name.

Now I’ve learned this super simple method works, maybe I’ll try this when I want to attract someone but don’t have anything to say. 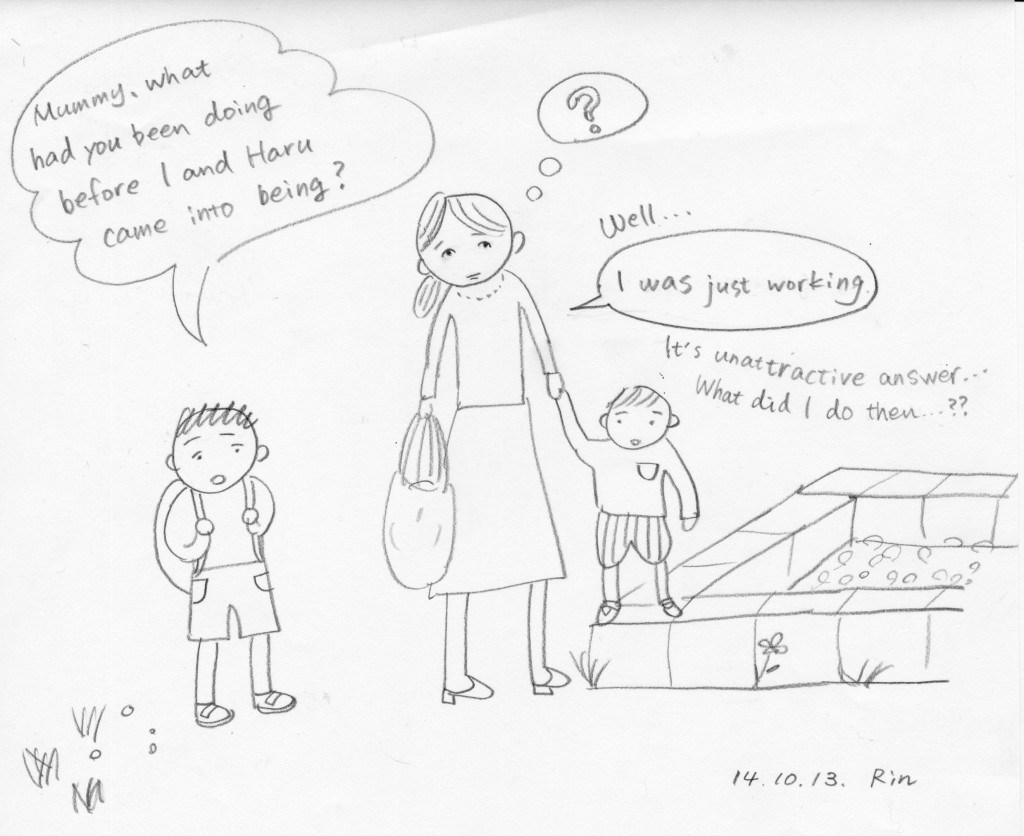 On our way home from nursery school, Taka asked me, “What had you been doing until we came into being?”.

I tried to remember what I was doing then, and knew I was working at any rate. What else did I do? Honestly, maybe I was looking for someone to get married…! 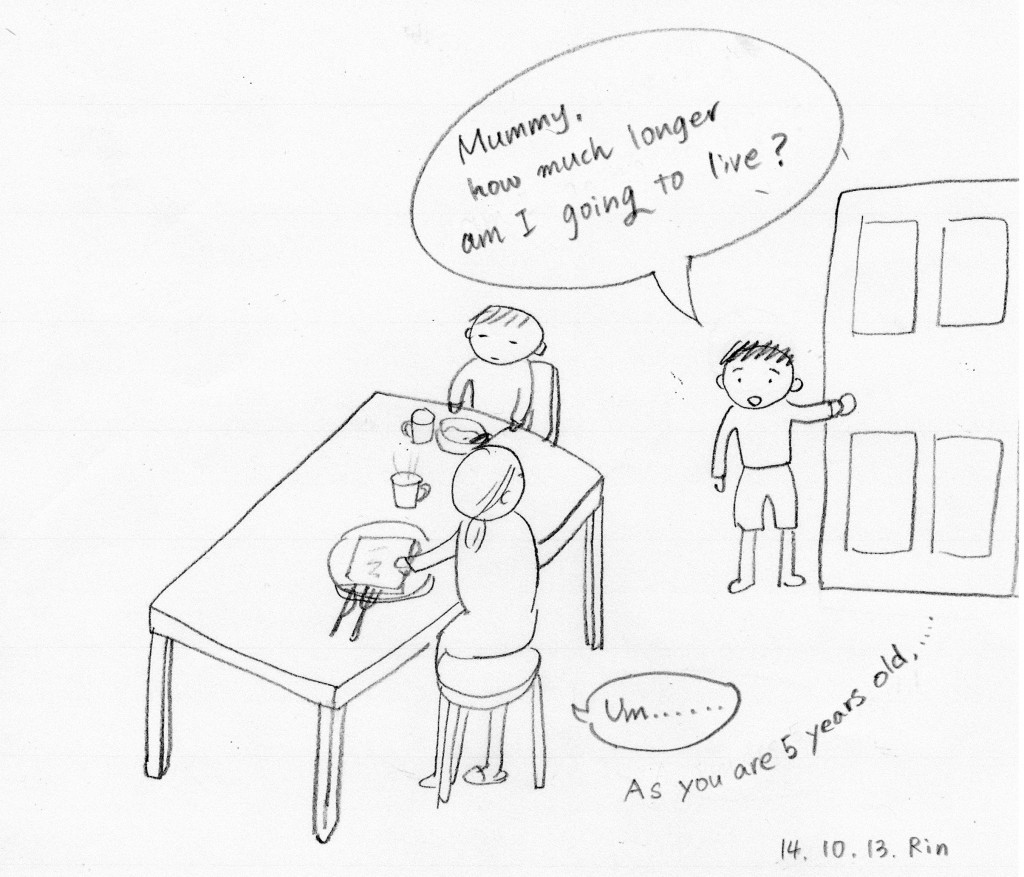 When I was having dinner, my 5-years-old son, Taka, suddenly asked me, “Mummy, how much longer am I going to live?”

(Well, Japanese average life expectancy is over 80 years old. As you are 5-years-old now, you have about 80 years or less left…but wait, is this the answer that I should tell him now? It might be better to tell him that first of all, it’s very happy and lucky thing to live to a ripe old age…)

I couldn’t decide what to say. Anyway, he didn’t seem to care my answer that much.

Recently, he often asks me questions about lifetime, death, getting old. Children’s questions are often so simple and very powerful.

Boy, ask me anything and organize knowledge about life. And If you get to the truth about life, please let me know!

This September, I moved back to “book editorial” department from “web editorial” department. For my first job, I have to rough out “book page layout” after a long interval. As I wanted some book layout formats, I searched for internet but couldn’t find ones. In the end, I made them with Illustrator. I uploaded PDF files, so you can print them out if you need! Enjoy your editing!